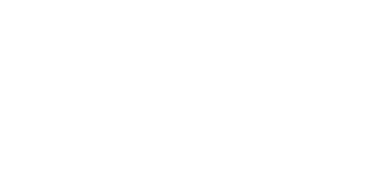 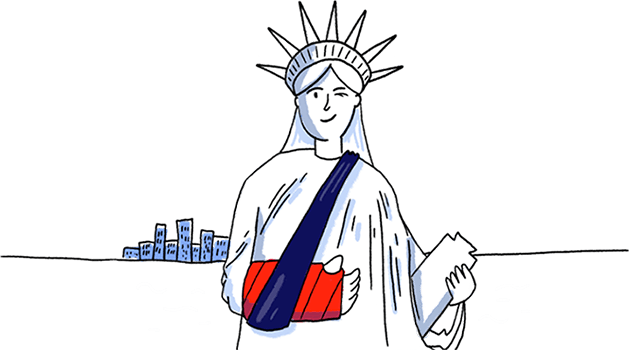 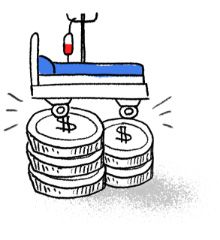 The US has the most expensive healthcare in the world.

Here a seven-day hospitalization costs 3,000, an emergency room visit on a Sunday is charged 0, and any delay in payment impacts your credit score for years. 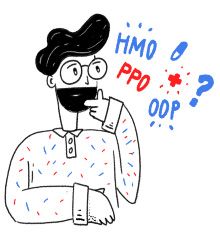 A headache for all expatriates.

HMO, PPO, EPO, deductibles, co-pays, co-insurance, OOP, ACA – local health insurance is likely nothing like what you are used to. But our experts know the local system inside and out, so they will be able to explain it to you. 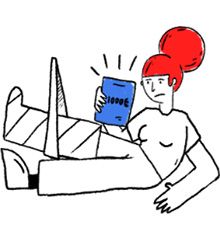 Even if you are a victim, you pay.

Fifteen percent of Americans drive without insurance (26% in Florida). If you are in an accident, you will have to pay for your own healthcare costs before you can try to sue the driver. Without health insurance, you'll have to find a good lawyer.

Explore our brochure on health insurance in the USA 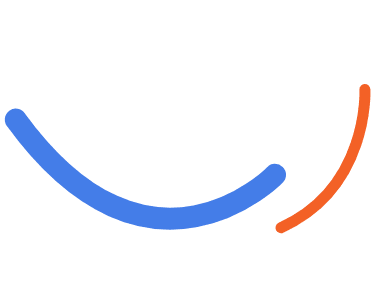 Key figures for health insurance
in the USA 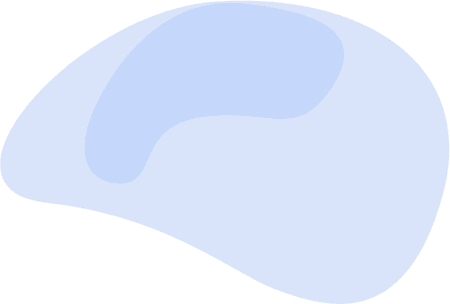 Choosing your expatriate insurance in the US

We represent 14 insurance providers, including 12 French insurers and two American. In the US, six of these insurance providers offer 70 different policy options. These includes total coverage, and plans you can add as complementary coverage (to, for example, the Fund for French Nationals Abroad). They cover all types of expenses, in the US and throughout the world. Some are even ACA compliant. In short, there is an option for almost any possible situation. We offer advice based on an objective analysis of the market, and&espace¬ on any particular interest in promoting one plan over another.

Local insurance laws are a state-by-state matter. Its&espace¬ possible for a resident to take out an insurance policy with an insurer that is&espace¬ locally licensed. But it is possible for an expatriate to purchase an international insurance policy outside of the US that includes coverage for healthcare expenses in the US for the duration of their stay. If you are unable to purchase the policy outside the US, you must purchase a local policy from an insurer licensed in your state.

Why buy expatriate insurance in the USA?

In the country where healthcare is the most expensive in the world, good health insurance is essential for several very important reasons:

- If you don’t have sufficient insurance, a hospital has the right to refuse your admission to the emergency room, as long as it’s&espace¬ a life-threatening emergency.

- Any surgery will cost tens of thousands of dollars. Each year, among our policy holders in the US, we see several bills that exceed 0,000. For example, 3,000 billed for seven days of hospitalization.

- In Florida, 26% of drivers don’t have insurance; in California, it’s 15%. The average for the entire United States is 13%. If you are in a car accident, the hospital won't care who is at fault when you get to the emergency room; it will be up to you to pay the bill. Then you'll have to start a legal battle to get the money back from the person responsible. Good luck with that.

- If you’re&espace¬ insured, you will have to pay full price for your care, missing out on the lower rates you’ll receive when insured.

Expatriate health insurance in the US is summed up in a simple local saying: YOU PLAY, YOU PAY.

In the United States, insurers talk about deductibles, co-payments, co-insurance, out-of-pocket expenses, in- or out-of-network providers, HMOs, PPOs, EPOs. In short, a language totally unknown to an expatriate.

It’s important to understand that, without the references available in a public health system, insurers must define everything they reimburse. The types of procedures, the physicians, the hospitals, the medicine – everything that is in- or out-of-network, etc.

Once they've done that, they’ll explain to you,&espace¬ their coverage limits, but how much they will NOT reimburse you for. The more expensive the policy, the lower these amounts will be. This amount you’re&espace¬ reimbursed is called the deductible. Then there are also co-pays, paid whenever you visit a doctor; co-insurance; and other possible out-of-pocket expenses.

With international expat insurance for the US, reimbursements are generally explained in detail (doctor's procedures, reimbursed medication, etc.), and the amounts are adapted to the US rates. The higher the price, the higher the limits.

With our insurers' plans, you have the choice between both systems. Get a quote and ask an expert for advice.

Testimonials from our insurance holders
in the USA

How much does healthcare cost in the United States?

The most expensive healthcare in the world

With nearly 17% of GDP spent on healthcare in 2015, the US spends more on healthcare than any other OECD country. For comparison, in most OECD countries, less than 13% of national wealth is spent on this essential expense.

In 2018, the average expenditure per person was over ,000. Medicare (for retirees) and Medicaid (for the lowest incomes) funded less than 45% of this spending. Americans must therefore pay an average of more than ,000 per person per year for their healthcare. This means, excluding management fees, the average person will pay 0 per month for a single person, or 00 per month for a family of four.

In the USA, you can get very good healthcare, but it will be extremely expensive.

As the overall cost of healthcare is indeed the most expensive in the US, let’s look at how it is financed and how much it costs the working population.

In many countries, individuals don’t know exactly what the healthcare system costs, since it is financed mostly by public funds fed by social contributions, taxes, and fees. For example, let’s look at France, a country ranked only 12th in the OECD for its per capita healthcare expenditures.

The cost of health insurance for an active French household can therefore be much higher than that of an active American household, but in France we don't know this cost, whereas in the USA, you will have to pay it individually out of pocket. 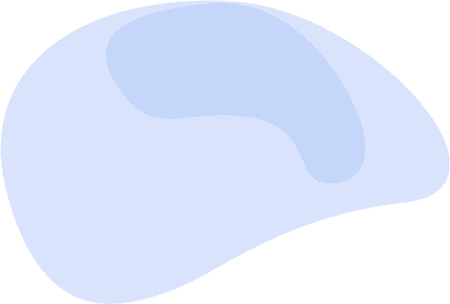 How much does health insurance cost
in the USA?

You play, you pay!

An American insurer would tell you: "You shouldn't ask yourself how much health insurance will cost. The right question is: How much will it cost you&espace¬ to have it?”

In the United States, health insurance is private. So if you don't have it through your employer, you will have to pay for it. It’s a commonly accepted principle that no one will do it for you – it’s considered your responsibility, and&espace¬ the community’s.

The price of a local health insurance plan

The price of US health insurance depends on the ages of the people to be insured, the zip code of your location, and the network of healthcare providers you will be able to access. This last point is essential, and&espace¬ only defines the reputation of the facilities but also what treatments you will have access to or what tests you can do.

If your income is modest, you may be able to get assistance from your state by choosing a local contract on the marketplace. You will find more information in our special Obamacare brochure. The contracts offered are ACA-compliant plans at the most economical level (bronze level) with deductibles of more than ,000 per person, and generally an HMO-type of organization, which forces you to use a very limited network of healthcare providers.

It is therefore a useful solution for small budgets, but&espace¬ necessarily very easy for a European expatriate to use.

For examples of off-marketplace rates, check out our guide on New York, Florida, and California in our blog.

Expatriate insurance premiums also depend on the age of the insured. There are generally discounts for families with three or more children.

With equivalent coverage and equivalent healthcare networks, the rates are, depending on the country, between 10% and 40% less expensive than local insurance.

For economical packages, this room for insurance solutions that complement the CFE. Private insurers can cover major risks in the USA (hospitalizations, cancer, etc.), and the CFE can cover non-urgent expenses that can be taken care of in France. This solution can reduce your healthcare budget by half.

The choice can be summarized as follows:

- For small budgets (incomes below ,000 per adult + ,000 per child), you need at least a CFE + hospitalization plan or a free-market solution.
- In other cases, the answer is more complex and depends on your needs and your budget. It may be worthwhile to accept a small deductible or a small co-insurance to lower the monthly rate.

Ask our specialized experts for advice. In the USA, nearly 60% of our new policy holders chose us after a recommendation from another policy holder, a testament to the quality of our services. Don’t hesitate to consult our policy holders' reviews.

Interesting solutions can also be provided for French companies with employees based in the USA.

Expatriate in the USA:
why is the CFE an option?

Obamacare and the individual mandate

In 2018, Donald Trump signed into law the end of the Individual Mandate, which is the end of the requirement to purchase insurance that complies with the terms of the Affordable Care Act (ACA, known as Obamacare). This decision has, since since January 1, 2019, eliminated the ACA Penalty Tax that had to be paid by individuals who did&espace¬ purchase an ACA-compliant policy.

In these states, if you do&espace¬ have health insurance, or if your health insurance is&espace¬ compliant, you will have to pay a tax of about 5/adult, half that per child, or 2.5% of your gross income. If you have international insurance, you will need to factor this amount into your budget, or see if you can get an exemption based on your status or income. In many cases, it is more attractive to pay the tax and take out international insurance than to take out local insurance.

To learn more about the vast subject of insurance in the USA, we recommend you read our dedicated brochure:

- The US healthcare system, the Affordable Care Act, and US insurance: in the USA, healthcare is also a business, and you should know the rules.